A World in Free Fall Calls Us to Rise Up 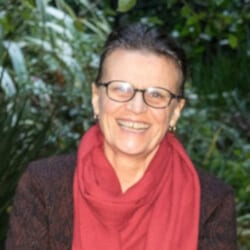 Each day intensity builds as climate disasters, biodiversity collapse, and a sharp rise of authoritarianism hollows out the stability of our lives. At the same time, we’re navigating the exhausting complexities of a politically weaponized Covid world with its tangled knot of discord fracturing fault lines in families, friendships, and communities.

What is being unveiled is the systems we live within, including our mental and emotional constructs, are ill-equipped to manage such an onslaught. Altogether, it seems we’ve slid into a state shift where the old Global order is moving into free-fall. Every day we feel the overwhelm, exhaustion, and disorientation of a civilization unable to sustain its contradictions, like the myth of endless growth triggering mass extinctions.

A UN global climate poll in Jan 2021 revealed two-thirds of people worldwide think climate change is a global emergency. It states, “the voice of people is clear – they want action on climate change.” This is an extraordinary shift from decades of relegating our cataclysmic dilemma to the fringes. It’s even more likely this percentage swelled with the UN Code Red Intergovernmental Panel for Climate Change report released in August ’21. This groundswell of alarmed citizens represents a significant global awakening, which, if mobilized, can radically dismantle the status quo that is destroying our living systems.

Underwriting a possible paradigm shift within the broader collective is another growing realization. Our extractive worldview, built on human primacy over nature and embedded within oppressive hierarchies of race, class, gender, and sexual orientation, is predominately fabricated to enable the transference of immense power and wealth to a tiny minority. This long-played dynamic has perpetually left the majority world scrambling to survive.

So, here we are, in an apocalyptic time. All in the shadows is now unrelentingly spotlighted. There seem few places left to hide.

The recent spectacle of white, male, sociopathic billionaires competing to project themselves out of Earth’s orbit in phallic-shaped space-crafts perfectly exemplifies the narcissistic sociopathy of predator patriarchy. Their plundering ego dominance, built on the backs of a vast, exploited workforce shackled to a ruthless machine of endless productivity and consumption, is not inspiring. Instead, their offensive enterprise strikes me as demonstrating the spluttering corpse of predator capitalism, which now bequeaths only dead ash in its wake.

However, even with mountains of evidence in plain sight proving that billionaires and governments are woefully unresponsive to the urgency of this moment, most of the population is still distracted and frozen in a trance. In a recent article, ecological philosopher, activist, and former XR Strategist Rupert Read was asked,

What could be the trigger that could take the environment movement to the next level?

So, here we are, in an apocalyptic time. All in the shadows is now unrelentingly spotlighted. There seem few places left to hide. Instead, our psychic boundaries are eroding under the force of an overwhelming toxic influx from our collapsing world, swirling into a gathering force, like the weather, flooding and burning as it rushes through our nervous systems.

We must indeed be left in no doubt. We humans are not in control in the ways we thought we were.

She, it seems – Pachamama, the spirit of Mother Nature – is breaking free and puking all out into the open. With her wildness erupting, flooding, burning, freezing, melting, you’d think governments would be mobilizing on a massive scale. Instead, we’re stuck with the likes of patriarchal dinosaurs battening down their Gilead fantasy, as in Texas, while unleashing hate and fear, like heat guided missiles, trying to control any movement outside their narrow scope. No wonder we feel crazed.

We also feel scarily undone as the tectonic plates of our world spin beneath us. What we thought was solid and real is revealing how little we know of Reality itself. But just maybe, while falling apart, we are moving toward a core recalibration.

The way I see it, as time, space, and future collide into the increasing intense gestalt of now, it’s as if we entered a collective shamanic journey. What we thought was separated out from us through the mind’s endless demarcations of “other” now vibrantly appears in this one heaving consciousness made up of billions of tiny sparks of intention, action, and reactivity as the pressure of 5,000 years of Patriarchal history divorced from Mother Nature spews its lethal guts over us all. We can try and pick up the pieces. Or we can walk into another space and sit together in a circle.

There is a beloved circle that we are, outside the walls of conformity, where a storehouse of untamed dreams will decolonize our minds.

As shamans, we have left the ordered and expected human world and are undergoing dismemberment. In the process, we are traversing beyond all the known frames of reference. It’s so dreadful it makes us queasy. We forget what’s what and are often terrified, fearful, depressed, lost, sad, raging. Yet within this strangely disorientating journey, there waits a gift. A potent potential. An alchemical stone there for us to pick up.

We’re on notice. So, let’s pause and prepare ourselves inwardly for the challenge.

In this free fall, we are swimming the unchartered flow of consciousness itself, plunging to the core, into a light nucleus that at the same time is here, there, everywhere, without centre or circumference. Wherever we touch is conscious-being-presence. Unbounded, creative, a bubbling spring birthing forth a matrix of light manifesting as matter.

It is here, intersecting this timeless presence with attention and intention at the point of emergent manifestation, that we can energize quantum shifts. “Mind,” said the Buddha, “precedes all things.” Here, we can bow and pay due homage while awakening into choosing a very different way. A pathless leap empowering us to seed, manifest, activate, and enable a world guided by the core impulse of love at the heart of all in service of all.

At this dangerous moment, we can’t grasp the kaleidoscope. There are just too many moving parts that are overwhelming us. But we can steady, ground and embody our authentic potential with each breath. We can prayerfully and ceremonially call on body, heart, and soul at cellular and ancestral levels to renounce collusion and perpetuation with patriarchal dominance rooted in disdain and severance from the life-nourishing feminine soul within the heart of nature.

So, take some time to write out all your agreements with the hierarchies of patriarchal power that instil violence, abuse, and manipulation to control, exploit, and oppress. Feel each line in your list within the somatic patterning of your body. Then, withdraw your energy from the ways we all habitually, unconsciously and consciously collude.

We must transform our inner path of evolutionary consciousness into visible resistance and active radical transformation.

For sure, it’s an exacting task, withdrawing from our colonized constructed illusion of human superiority controlling everything. But She is taking this sleight of hand down to the ground, burning up our oil-made comforts and crashing our twinkling, electrically fuelled civilization. With one of her tears, she can unleash a roaring hurricane shredding a waterlogged path from Louisiana to New York in a few hours. We must indeed be left in no doubt. We humans are not in control in the ways we thought we were.

We’re on notice. So, let’s pause and prepare ourselves inwardly for the challenge. It’s time to simplify. It’s time to renounce the driven exhaustion of predatory capitalism that leaves division, deprivation, and destruction in its wake. This old story is finished, with its tiresome and deadly perpetuation of misogyny, homophobia, racism, sexism, imperialism, nationalism, white supremacy, speciesism, and all ways that hold others or any part of Mother Nature’s creation as inferior.

Dance, sing, play music, write poetry, breathe more fully, meditate and free body, mind, heart, and spirit from the ancient controlling mechanisms of fear, shame, guilt, lack of worth, violence toward self and others. Let go withholding the nourishment of Her eros life-pulse. Release from the tight biblically instilled religious-social conditioning passed from generation to generation. Trust Her empowering arrow ever moving to its mark, opening hearts to taste the blissful love flowing through Her creation.

There is another way here. Our heart-pulse prayer can align with mother nature’s indwelling spirit, ever embracing the light of illumination manifesting this universe.

A deathless awareness can travel with each breath, grounding mind, soothing body, connecting soul, and enabling our authentic truth-telling rewired brain to free us from allegiance to this old dying world. Free to dream our new story of collaborative stewardship as we return to the root, reach to the stars and walk with the songs of whales, eagles, hummingbirds, and our indigenous ancestors.

We can only do this if people rise together. It’s time for us all to join the heavy lifting and break set, unleashing a chorus of beautiful, authentic, true voices.

Small and big steps within our gathering community of renewal mean we no longer serve the empire making machine but instead are devoted to Earth and each other. This is a devotion that requires action. We cannot allow our exquisite home with its myriad life forms forged over billions of years to be hijacked, raped, and murdered. We must transform our inner path of evolutionary consciousness into visible resistance and active radical transformation.

I see a network of local groups connecting and supporting each other, networking around the globe, as we move out of our silos and help one another unfreeze the immobilized and distracted parts in ourselves and each other. We need to shatter the spell perpetuated by craven media barons, derelict politicians, and deadly corporate interests. We can only do this if people rise together. It’s time for us all to join the heavy lifting and break set, unleashing a chorus of beautiful, authentic, true voices.

As Rupert Read said, “If our children can go on symbolic (climate) strikes for an hour or day, then why can’t the rest of us?”

This article was originally published on Thanissara’s blog. It is reprinted here with permission.